[1] I celebrate myself, and sing myself (from Song of Myself)

I celebrate myself, and sing myself,
And what I assume you shall assume,
For every atom belonging to me as good belongs to you.
I loaf and invite my soul,
I lean and loaf at my ease observing a spear of summer grass.
My tongue, every atom of my blood, formed from this soil, this air,
Born here of parents born here from parents the same, and their parents the same,
I, now thirty-seven years old in perfect health begin,
Hoping to cease not till death.
Creeds and schools in abeyance,
Retiring back awhile sufficed at what they are, but never forgotten,
I harbor for good or bad, I permit to speak at every hazard,
Nature without check with original energy. 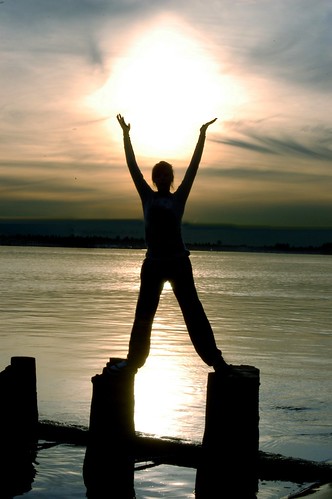 View All Poems by Walt Whitman

I celebrate myself, and sing myself...

This is the opening section to Walt Whitman's masterpiece, Song of Myself. He accepts all of life, the sensual and the sublime, the hellish and the heavenly as exhuberant expressions of the Divine. And he recognizes the Divine is not separate from himself.

This opening chapter proclaims his famous line, "I loaf and invite my soul." This perfectly reflects Whitman's sensibilities: on the one hand, it suggests a languorous sensuality while, on the other hand, his "loafing" can be understood as spiritual rest, the stillness that genuinely invites the sacred experience. He continuously writes on the two levels, the tactile and the transcendent.

As we journey further through the many chapters of this long poem, we begin to understand that the "self" he is celebrating exists on countless levels. On the simplest level, he is celebrating the life-affirming sensuality of his very body, in direct opposition to the prudish, numb religiosity of the era. But the self he speaks of is much larger than that too. His pen describes a vast landscape of places and people, high and low dramas, measureless expanses, universes of being -- and they are all part of his "self." His poem becomes a grand assertion that we are each of us much more immense than we imagine, that we are integral participants in the great drama of existence. Further, he suggests that we partake in each other and no one exists in a separate, isolated self.

That's what so deeply moves me about Whitman's Song of Myself, that huge, tumultuous vision he conjures for us, not of many selves, but of one all-embracing, interpenetrating Self, a self which we all share.


As an aside, I want to point out one other line that jumps out to me:

Hoping to cease not till death.

It reminds me of one of my favorite prayers: "Lord, let me live until I die!"