To whoever is not listening to the sea
this Friday morning, to whoever is cooped up
in house or office, factory or woman
or street or mine or harsh prison cell:
to him I come, and, without speaking or looking,
I arrive and open the door of his prison,
and a vibration starts up, vague and insistent,
a great fragment of thunder sets in motion
the rumble of the planet and the foam,
the raucous rivers of the ocean flood,
the star vibrates swiftly in its corona,
and the sea is beating, dying and continuing.

So, drawn on by my destiny,
I ceaselessly must listen to and keep
the sea's lamenting in my awareness,
I must feel the crash of the hard water
and gather it up in a perpetual cup
so that, wherever those in prison may be,
wherever they suffer the autumn's castigation,
I may be there with an errant wave,
I may move, passing through windows,
and hearing me, eyes will glance upward
saying, "How can I reach the sea?"
And I shall broadcast, saying nothing,
the starry echoes of the wave,
a breaking up of foam and of quicksand,
a rustling of salt withdrawing,
the grey cry of sea-birds on the coast.

So, through me, freedom and the sea
will make their answer to the shuttered heart. 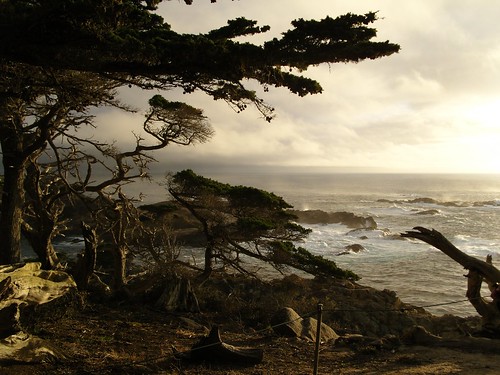 View All Poems by Pablo Neruda

Here it's a chilly Friday morning in Autumn. And as someone who grew up along the edges of the Pacific Ocean but who now lives inland near the Rocky Mountains, this poem speaks to me...

I think the poet is saying it's time for a prison break!