The pot is a God

Gods, gods, there are so many
there's no place left
for a foot.
There is only
one God. He is our Lord
of the Meeting Rivers. 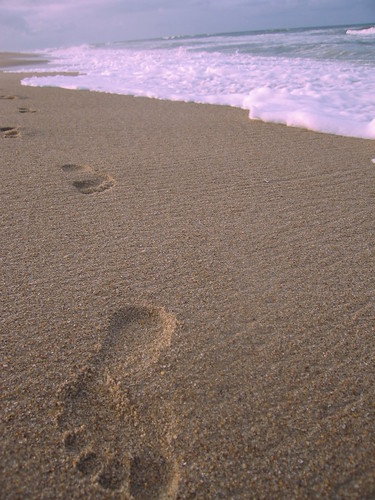 View All Poems by Basava

I love this poem. I first found it in Georg Feuerstein's mammoth book on The Yoga Tradition, and then later in A. K. Ramanujan's Speaking of Siva. It's one of those simple, yet powerful poems that rings in the back of my mind.

Gods, gods, there are so many
there's no place left
for a foot.

Makes you want to take every step carefully.

We can read the meaning of this in several ways. The perspective that comes to me first is that the Divine is everywhere, in every object and every encounter.

Another way to read these lines is that the foot is specific to the individual, and an expression of the ego. With gods, gods everywhere, there is no place left for the ego to stand.

And how about one more take on this? Basava might also be teasingly critical of the vast multiplicity of gods worshipped throughout the land, when all he sees is the supreme unity of Shiva as "our Lord of the Meeting Rivers." It could be that he is reminding us not to project the multiplicity and endless separations of the manifest creation onto the unity of the Divine.

However we choose to read these lines, they are a reminder that each footfall contacts the eternal, there is no place else. Each step is union.

The pot is a God