Eternity is time
And time eternity,
Except when we ourselves.
Would make them different be. 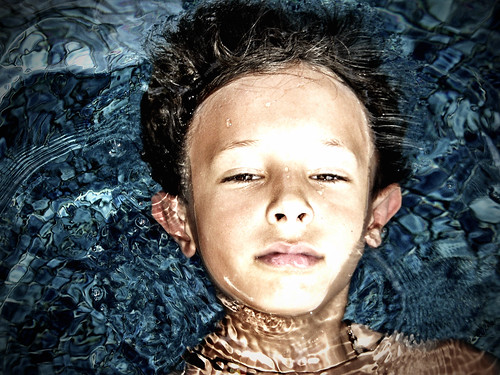 View All Poems by Angelus Silesius

Although these lines circle around and disappear into themselves, they are not without meaning. Angelus Silesius is pointing out an important truth of mystical realization: Eternity is not some future event; it is not beyond time or outside of time. Eternity is discovered to be at the core of the present moment -- wherever that moment exists in time. Eternity is found within time. If you imagine time as a flowing river, the flow of time shimmers and shifts and never stands still, but eternity is the water itself. And the water is always right there, wherever you are along river. You don't have to travel upstream or downstream to discover eternity. You just have to dive in and douse yourself in it.

We can say they're different, the water and its movement, eternity and time, but that is just a game of words. The water isn't something separate from its own movement. The one is the natural expression of the other. They aren't different from each other, "Except when we ourselves / Would make them different be" through creating artificial separations in the mind.

Notice the gentle, constant embrace that entirely surrounds you...