As once the winged energy of delight

As once the winged energy of delight
carried you over childhood's dark abysses,
now beyond your own life build the great
arch of unimagined bridges.

Wonders happen if we can succeed
in passing through the harshest danger;
but only in a bright and purely granted
achievement can we realize the wonder.

To work with Things in the indescribable
relationship is not too hard for us;
the pattern grows more intricate and subtle,
and being swept along is not enough.

Take your practiced powers and stretch them out
until they span the chasm between two
contradictions... For the god
wants to know himself in you. 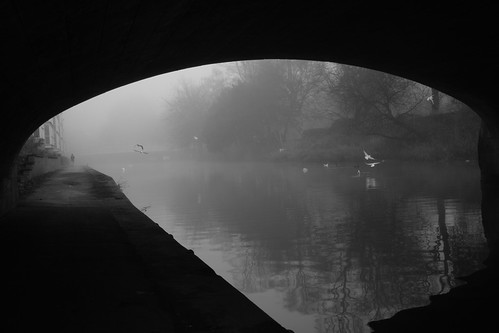 I get the sense that many people are dealing with intensities in their lives right now, difficulties and fears rising up. And in the headlines there is a heightened sense of tensions ready to snap.

I offer this poem by Rilke as a balm. He seems to be saying something about the power of intangible feeling, imagination, and hope as the surest way to navigate through life's threats.

And something about the pure beauty of this poem heals as it awakens. Take a moment and reread the lines of this poem. Feel them as they settle upon your mind, line by line.

Words written with such heart, words of deep kindness and empathy from a poet who witnessed the terrible traumas of the early 20th century. Words of a modern man who keenly felt the psychic schism of the modern era, and sought integration.

Take your practiced powers and stretch them out
until they span the chasm between two
contradictions...

All leading us to that final line which sums up the real reason for the world and our journey through its dangers and delights:

For the god
wants to know himself in you.

Be kind to yourself and those around you this weekend -- and have a beautiful day!

As once the winged