Now we will count to twelve
and we will all keep still.

For once on the face of the earth
let's not speak in any language,
let's stop for one second,
and not move our arms so much.

It would be an exotic moment
without rush, without engines,
we would all be together
in a sudden strangeness.

Fishermen in the cold sea
would not harm whales
and the man gathering salt
would look at his hurt hands.

Those who prepare green wars,
wars with gas, wars with fire,
victory with no survivors,
would put on clean clothes
and walk about with their brothers
in the shade, doing nothing.

What I want should not be confused
with total inactivity.
Life is what it is about;
I want no truck with death.

If we were not so single-minded
about keeping our lives moving,
and for once could do nothing,
perhaps a huge silence
might interrupt this sadness
of never understanding ourselves
and of threatening ourselves with death.
Perhaps the earth can teach us
as when everything seems dead
and later proves to be alive.

Now I'll count up to twelve
and you keep quiet and I will go. 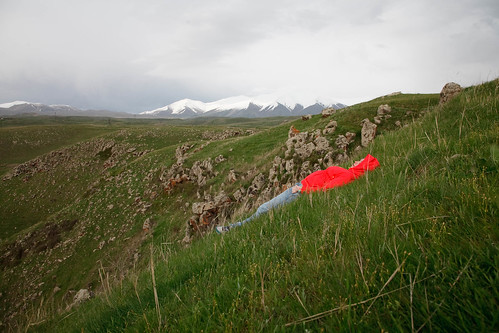 View All Poems by Pablo Neruda

I live in Colorado, a state with lots of guns. Most of those guns are used in hunting and kept locked away and out of sight. But I have had the distinctly frightening experience of seeing someone walk into a local grocery store with a handgun strapped to his hip. This was not a police officer, not someone in uniform, but a "gun activist" asserting his "right" to walk around in public spaces with a weapon. When we later contacted the store manager to insist that they publicly declare themselves to be a weapons-free safe zone (as other stores have done in the state), the manager responded that the man was not breaking the law by openly carrying a gun into the store.

Another time, I found myself in the surreal position of holding a friend's (unloaded) M-16 rifle while being told how simple it would be to convert it from semi-automatic to fully automatic, all while surrounded by several other rifles, handguns, and knives.

I don't know what to make of this aspect of American culture. There is this sense that manhood is marked by the hard embrace of violence and death. And when that manhood is thwarted in its other social expressions, it then acts out through that violence and death. In that person's dark moment, Lord help the society that makes these weapons of instant death and mass murder easily available.

Obviously, I have been meditating on this latest mass shooting in the United States, along with the fact that we seem to be getting used to this pattern in recent years. There is a certain comfortable insanity that is taking the place of problem solving in this country.

We accept shooting after shooting, rather than face difficult questions of gun control, underfunded mental health care, widespread economic desperation, re-emerging racism, and an increasingly dangerous cultural divide. Not all of those issues necessarily apply to the recent Las Vegas shooting, but they all add to the pressure cooker that keeps producing these terrible events.

That's what we need.

Now we will count to twelve
and we will all keep still.