The birds don't alter space.
They reveal it. The sky
never fills with any
leftover flying. They leave
nothing to trace. It is our own
astonishment collects
in chill air. Be glad.
They equal their due
moment never begging,
and enter ours
without parting day. See
how three birds in a winter tree
make the tree barer.
Two fly away, and new rooms
open in December.
Give up what you guessed
about a whirring heart, the little
beaks and claws, their constant hunger.
We're the nervous ones.
If even one of our violent number
could be gentle
long enough that one of them
found it safe inside
our finally untroubled and untroubling gaze,
who wouldn't hear
what singing completes us? 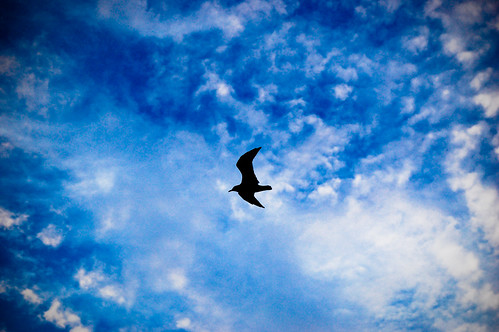 View All Poems by Li-Young Lee

There's so much I like about this poem by Li-Young Lee. But rather than another one of my meandering commentaries, I think I'll let you just enjoy the poem's lines as they are...

The birds don't alter space.
They reveal it. The sky
never fills with any
leftover flying...

Have a beautiful weekend cultivating that untroubled, untroubling gaze...