Coursing in emptiness,
I, Lalla,
dropped off body and mind,

and stepped into the Secret Self. 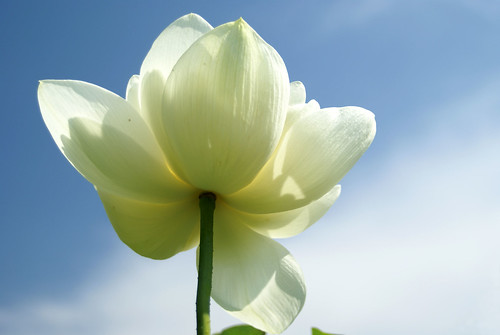 View All Poems by Lalla

I love the opening phrase in this poem's translation: "Coursing in emptiness..." Reality is recognized as being vast and empty -- but a living emptiness! -- like a great formless sea. And the point of awareness, though supremely at rest, covers the entire spaciousness like one reclined on a coursing clipper ship carried along by a gentle, steady wind.

And in this pure state of awareness, the agitated ego-mind that constantly chants "I, me, mine, MINE!" -- that part of the mind that we normally think of as ourselves -- it grows thin and ghost-like until it disappears. Even the physical body becomes unreal to us and the awareness of it can completely fade away.

...Yet we remain. The collection of mental processes and agitations that we thought was our identity has ceased. The body has become at most an idea, a form of expression. It is a tool for interacting with an idea world. The body has dropped off, yet we remain. Completely stilled and settled, we are returned to the natural experience of bliss and wholeness. In the deepest way possible, we are at home, at one. We finally know who and what we really are. This is the return to the Secret Self. This is the way to step into the Secret Self.

Lalla's final pair of lines -- "Look: Lalla the sedgeflower / blossomed a lotus" -- expresses the utter surprise and delight of this first recognition. A sedgeflower grows low among the grasses, close to the ground, hardly noticed. How can something so humble, something so lost among the weeds and dust of earthly existence come to such vibrant life? How could this little thing I call "me" have stepped into the radiant enlightenment that blossoms like a lotus in the crown? The sedgeflower -- the little self -- discovers within it the scintillating lotus of the True Self!