The Sum of Perfection 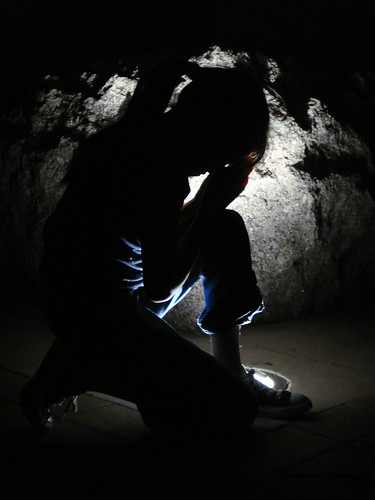 Where else is the mystic path stated so succinctly yet so completely? These four lines by St. John of the Cross contain all the instructions necessary.

These lines call to my mind Patanjali's Yoga Sutras, one of the foundational scriptures of yogic practice, which speaks of pratyahara or 'sense withdrawal' as an essential practice. This leads to dharana or 'concentration,' which matures into dhyana (meditation) and finally samadhi (divine union). Done deeply, sense withdrawal and concentration are profound practices, but they sound so... effortful, don't they? Almost severe. 'Concentration' reminds me of studying for college exams. Translated into English like this, these words don't convey quite the right tone. These spiritual practices do not have to be a strain; the attention can simply turn and glide inward. My experience is that this is the natural tendency of the awareness, anyway, we just have to stop pushing it to the exterior all the time. Sense withdrawal and concentration don't require a harsh act of force so much as trust: trust to release the constant fixation on outer reality, trust that what we discover in the spacious silence within is just as real and delightful.

Half a world away, in Catholic Spain, St. John of the Cross is telling us the same thing. Forget the outer world of phenomena, at least for the moment. Turn inward.

Doing this, creation is seen as having no fundamental reality of its own; it is only an expression or emanation of the Eternal. It is like watching a movie. The movie may seem real while we are caught up in the story, but if we pause and look around the auditorium, we can see that the movie is actually streaming through the darkness in a funnel of light. It's source is really the projector.

Remembering this on every level, we are only aware of the Source, the Creator. Creation itself then becomes simply a reflection of the Divine. Knowing only the Creator, the Divine fills all of perception -- that is true meditation.

Seeing through the insubstantial nature of mundane reality, one is filled with ecstatic, uncontainable love and bliss. This is not a surface happiness directed at exterior objects or people, but for all of creation and, more fundamentally, for the immense life that brings that creation into existence.

In love with the Beloved alone.


The original Spanish verse has a fluid, chant-like rhythm that's difficult to reproduce in English translation:

(My translation of this poem appears both in my collection of poems and translations, Real Thirst, but is also included in For Lovers of God Everywhere: Poems of the Christian Mystics, edited by Roger Housden. Roger Housden's contemplative collections of poetry are always worth reading.)