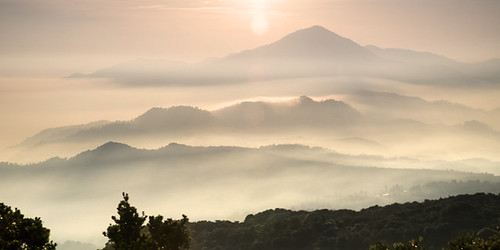 Something to welcome in the Autumn season today...

In that "autumn wind," late in one's life, far down the road of one's spiritual practice, the imposing shadow cast by that "mountain" (of matter, world, self) seems somehow to waver, becoming less tangible, more dream-like, leaving us in a surprisingly fluid reality.

Before long it's not just the trees and the grasses that dance in the wind, but mountains too!