I was wisdom
once,
black as night.

So I hide
behind this hissing curtain
of hair.

Lost
little ones,
breathe easy;
you are free
to not see.

But
what is a lonely
old lady to do?

I still wait
for some daughter,
some son,
so wounded by the world,
to seize these snakes
and part my locks wide.

I still wait
for some bold, tired
wild child of mine,
determined to die
seeing what's reflected
in my unblinking eye. 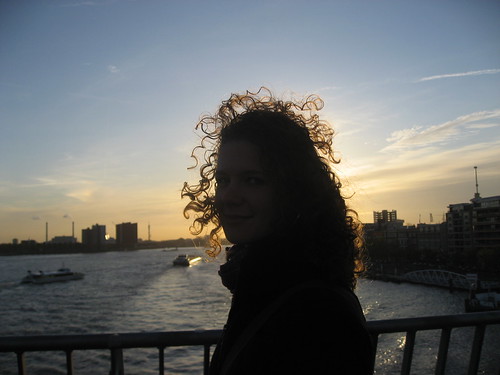 Something to honor the Divine Goddess today--

I don't do it as often these days, but every now and then I awake early, before the sun. Observing the nighttime before dawn, its embodiment of mystery, the unknown, vastness. Night brings both peace and fear. It does not distract us from ourselves. Whatever we bring with us into the night we must confront...


I read a lot of Greek mythology in my childhood. I loved the fantastical adventures, the heroes, the monsters, the convoluted relationships of the gods. I was fascinated that so many common words and phrases have their origins in the names and stories of Greek myths. It connected me with the Greek ancestry I have through my father.

And I also had the vague, semi-formed idea that there was something deeper being said in these myth stories.

I discovered something several years back that struck me: Medusa, the quintessential monster of Greek mythology, was originally a much loved Goddess. Her name comes from the Greek word "metis" (related to the Sanskrit "medha") meaning "wisdom." Her worship is thought to have originated in North Africa and been imported into early Greek culture. She was black-skinned, wore wild, matted hair (with, of course, snakes), stood naked, wide-eyed, and embodied the mystery of woman, the wisdom of the night, the truths too profound or terrible to face in the daylight.

Medusa is, in effect, a Mediterranean version of the Bengali Goddess Kali.

Medusa was eventually subsumed into the safer, patriarchal worship of Athena, who carries Medusa's head upon her shield.

This discovery inspired me to look at the figure of Medusa more deeply, more reverently. What is the wisdom that terrifies? Why the snakes? Why the petrifying open-eyed stare? And how does such a bringer of terrible wisdom feel about being rejected by her children as a "monster"?

So I hide
Behind this hissing curtain
Of hair.

One way to understand the snakes about Medusa's head is as the awakened Kundalini energy, having risen from the base of the spine to the skull -- something well-understood in the Mediterranean mystery schools of the ancient world. This vital, snake-like energy is the Goddess energy. Medusa, the Goddess, is the Snake Mother.

(The more monstrous aspect of Medusa can also be understood as a rageful expression of the Kundalini, the Divine Feminine energy, when it is repressed in society. A society that does not respect the strength and mystery of Woman, that does not allow the feminine energy to move freely, that society is lost in a state of calcifying fear. Too many societies see only the terrible Gorgon when looking at the Divine Mother.)

In my poem, Medusa has formed of this feminine life-energy a curtain, a veil that hides Her Face from a world not ready to bear witness to Her. This curtain is the veil of illusion that creates an artificial sense of separation between the world and the Divine.

And the curtain does indeed hiss. When you are quiet and your thoughts settle, we begin to hear a soft sound seeming to issue from the base of the skull. Initially, it sounds like a creaking or crackling noise, a white noise, a sort of a hissing. The deeper we go into silence, the more the sound resolves itself. Eventually, we recognize it permeating our whole body and all things.

We must pass through this hissing curtain in order to meet the deep truth waiting for us on the other side.

I still wait
For some bold, tired
Wild child of mine,
Determined to die
Seeing what's reflected
In my unblinking eye.

Medusa's eye does not blink. This is partly what is so terrifying about her gaze. She stares boldly out and sees Reality as it is. She sees it plainly, fearlessly, and without interruption. There is no pause for interpretation or "filtering." Medusa's truth is raw. She is the Divine Mother who sees all of Her Creation in every living instant.

Looking in Medusa's eye, what is it that we see reflected? Our own self, of course. And this truly is shattering, for we see the truth about ourselves. We see the unreality of the little self, the social self, the ego self we imagine ourselves to be. That little self is a phantom, a mental creation only.

Medusa, in her shattering wisdom, does not protect us from this realization. Her love will not allow us to struggle on with such a false notion holding us back from our true nature.

Seeing this truth, we die. The little self dies.

But, in dying to the little self, our true nature suddenly shines forth. The real Self, which is one with the Divine, emerges. Every aspect of ourselves that felt broken and that we labored so long to fix, is suddenly made whole. In fact, we realize that nothing was ever broken in the first place. That sense of incompleteness was the result of denying the vastness we already are while clinging to the illusion of the little self.

This is Medusa's gift to Her children. This is Her terrible wisdom. It is the truth that blesses us through death, and then gives you greater life than we had previously imagined possible.