Rise early at dawn, when our storytelling begins

Rise early at dawn, when our storytelling begins.
In the dead of the night, when all other doors are locked,
the door for the Lovers to enter opens.
Be wide awake in the dark when Lovers
begin fluttering around the Beloved's window,
like homing pigeons arriving with flaming bodies. 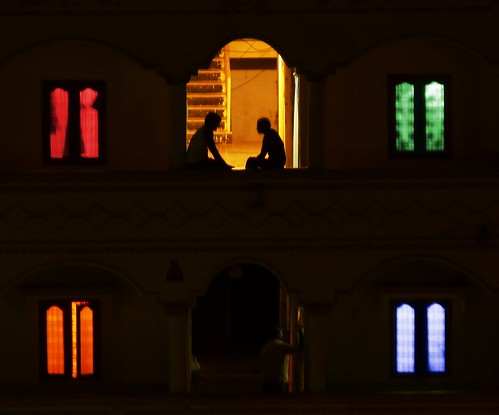 As I get older I more easily rise at dawn. Sometimes I am trying to sleep in, but the dawn insists. Reading these words by Abu-Said Abil-Kheir, however, makes me want to wake up full of energy in the middle of the night. That's when our storytelling begins.

Actually, let's not hurry past that reference to storytelling. It's in the darkness that we tell stories. In a world before electricity or gas lights, nighttime is the end of activity. So we tell stories. Nighttime is when we normally sleep, and dream.

But most of us do this rather passively. We listen to another person's story. Or in the modern world, perhaps we watch television. We go to sleep, we dream, we wake up, we forget.

Not so for the seeker. The stories we tell ourselves are the stories of the soul, the way the self understands itself. In dreams and stories we reformulate our perception of the world, deepen it. And in doing so the psyche becomes more dynamic and alive to its own possibilities.

Most people imagine life shuts down at night, but a lover knows better. When the rest of the world rests, the lover finds those sweet illicit moments with the Beloved. Even if it's just a glimpse, a smile through the window's lattice, that is what the lover lives for. We light up, we catch fire in the night.